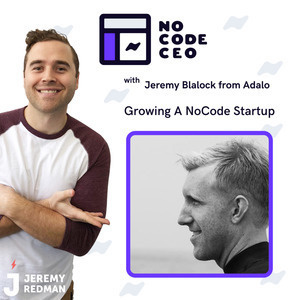 Jeremy Blalock, co-founder and CEO from Adalo, joins Jeremy in a conversation about the turnarounds and creatives process to launch the company and the importance of having a strength no-code community to strengthen the bonds with customers and succeed in the field.